The 12K’s of Christmas 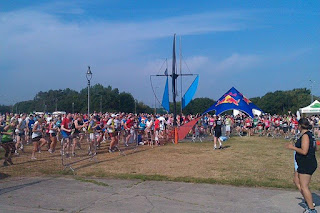 On Saturday 21st of November the 2nd ‘winter’ running of the Clontarf Half Marathon and 5 mile will take place. I say “winter” because the Clontarf half marathon has been run in July for a number of years now.

Last year was the first year that the organisers added an additional running of the event in November. The November event is cheaper (as they remove the race t-shirt) and also timed relatively soon after the Dublin marathon. The idea being that you will have all the training done, have enough time to recover, and therefore have a good chance of doing a PB.

One of the main selling points of Clontarf is the flat course. An out-and-back course along the Clontarf promenade and Bull Island, including a stretch along the strand, means that this genuinely does not have a hint of a climb……it is dead flat.

I ran this race previously in July a couple of years back. The event is very well attended and organised. They put on plenty of ‘nice things’ at the finish line (for winter I belive it’s soup). My only gripe with the race when I ran it was a poor, generic medal, however they seem to have fixed that: 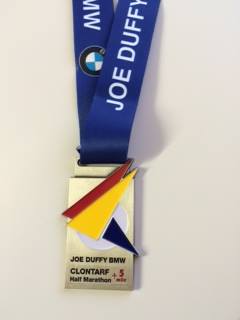 Don’t worry about the sand, it is hard packed, so it won’t slow you down.

The race is likely to sell out soon. There were around 1,300 who completed the half last year in November, expect numbers to be higher this time. (Organisers are guiding circa. 3k across all events on the day).

You have the option to register on Active or Fit Magazine, but Active appears to be cheaper here