Another 10 mile race that has been around for a long time and is very popular is the Mallow 10 Mile on Sunday 20th March. This will be the 16th year of the race, organised by Mallow Athletic Club, since it came back. But the event has been around since the 80’s in some form.

Last year they capped the number of entries at 1,500 and sold out, this year they have increased the cap to 1,750, and with everyone training for 10 miles around this time of year, they’ll likely sell out again. (Closing date for online entries is March 4th).

This is a pretty fast course, with a mix of town and rural country roads. No major hills to worry about.

Last year entrants received the branded Buff below. Not sure if this is coming back again, but I would guess so. If anyone from the race wants to confirm in the comments below, please do: 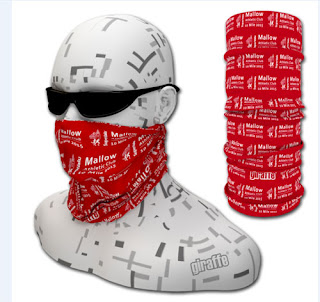 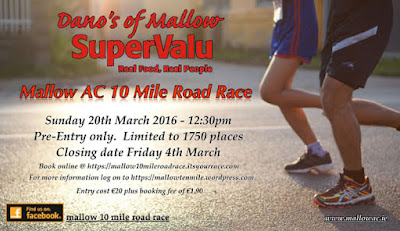