Rock and Road Half Marathon & 10K

Returning for it’s 6th year this year is the popular Kinvara, Rock and Road Half Marathon and 10K. Located beside the sea, near Galway, the race takes it’s name from the scenic, stone walled routes.

This event will typically sell out a couple of weeks in advance, so you should enter by mid February.

You’ll be joined by around 900 others in the Half and similar, if not more, in the 10K. 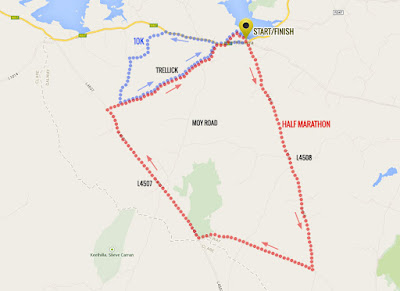 Half Marathon
This is a pretty tough route, but with a nice finish. You have a slow steady incline for around the first 5 miles, then a bit of respite down to mile 6, before a serious climb peaking around mile 7.5. Relatively straight forward after that. However, one element you should factor in is the wind coming in from the Atlantic, makes it that bit more…….challenging!

10K
Relatively speaking the 10K is not as tough (I don’t just mean it’s half the distance obviously!). It’s a fast start downhill, first challenge at 2K shouldn’t be too bad as your legs will be fresh, and it should check the pace of those who went out too fast. The real challenge will come between 6K and 7K, but there is a pretty fast finish. Again, be wary of the Atlantic winds, shelter in groups where possible….but don’t huddle! 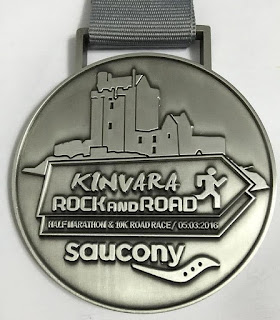 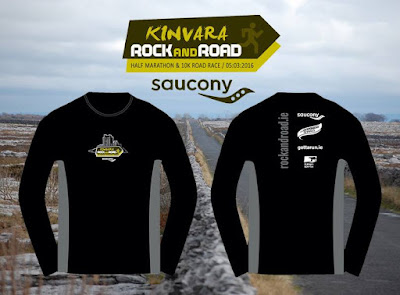