Races This Weekend –  13 races so far, see below! Where are you Running? 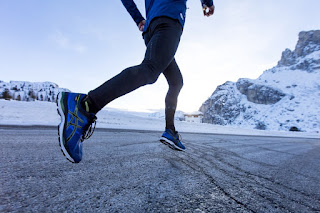 This week the feature race of the weekend is the very unique Ballyfin Demesne 6K, hosted by Ballyfin GAA club in Laois. This is unique as the race is held in the very exclusive grounds (that are normally not accessible to the public) of the fanntastic Ballyfin estate. 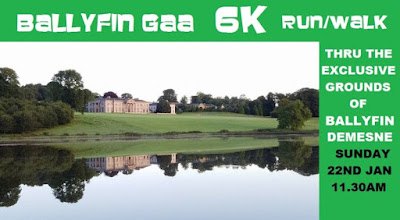 The 6K route will start in the exclusive grounds of Ballyfin House just off the main avenue where it heads through the farm buildings and up to the Tower taking in just some of the 614 acres of Park lands. Following this avenue participants will soon catch sight of the majestic Main House, long admired as the most lavish Regency mansion in Ireland, which has recently been restored to its former glory.
The route runs along the front of the House itself, and makes its way out the avenue where it turns down by the ‘caves’ before meandering onto the walkway surrounding the lake. The route then goes all around the lake taking in some of the most spectacular views, climbing back up to the main avenue and making its way towards the ‘Main Entrance’ Gate with the finish on the avenue within the grounds.
ENTRY TAKEN ON THE DAY:
Here’s the list of running races on by county this coming weekend. If there are any that I’ve missed, just chat a message below and I’ll update.
Connaught
Leinster
Laois
Sunday 22nd – Ballyfin GAA Run – 6K
Dublin
Saturday 21st – BHAA, Eir Cross Country – 2Mile / 5Mile
Kilkenny
Sunday 22nd – Kilmanagh Fundraiser (Corcoran Family) – 5K / 10K
Kildare
Sunday 22nd – Kilcullen GAA – 5K